I’ve been into drone photography for several years now. I usually take pictures of the landscapes in the countryside near my home in Indiana. My subjects, out of convenience, tend to be rivers, farm fields, and small woods near me. Getting a drone was sort of a natural evolution for me. I have always liked airplanes and photography as well as RC cars. I grew up south of the middle of nowhere, so my interest in landscape photography was a forgone conclusion.
I use a GoPro Karma drone with a GoPro Hero Black 5 camera. I went with a GoPro camera because I had another GoPro camera, and was a fan of it. I also really liked the controller. Many drones require a cellphone to be placed on the controller to act as a screen. The GoPro Karma controller has a built-in touch screen. An interesting feature of the Karma is that it has an integrated flight sim to help teach the basics of drone flight. This is accessed entirely through the controller. The Karma also can follow pre-planned flight paths. Although the GoPro Karma has been discontinued, it still receives updates. It has almost 20 minutes of battery life and can reach almost 40 mph when it is in sport-mode. It takes video as well as pictures, and its pictures are noticeable due to the distinctive “fish-eye” look due to its lens.
All the pictures here have been edited using Instagram. I got into using Instagram by chance. I had been uploading my drone pictures to it and figured I would try it out. Most of my edits involve cranking the saturation to the max; I also enjoy giving the sky extra color. I think it helps make the picture more interesting. I tend to use a lot of lines in my photos, stuff like rivers and country paths. I look forward to flying new drones and trying new photo editing software. 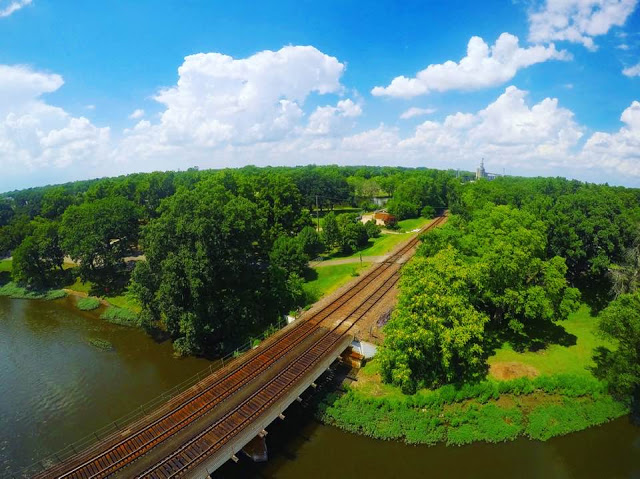 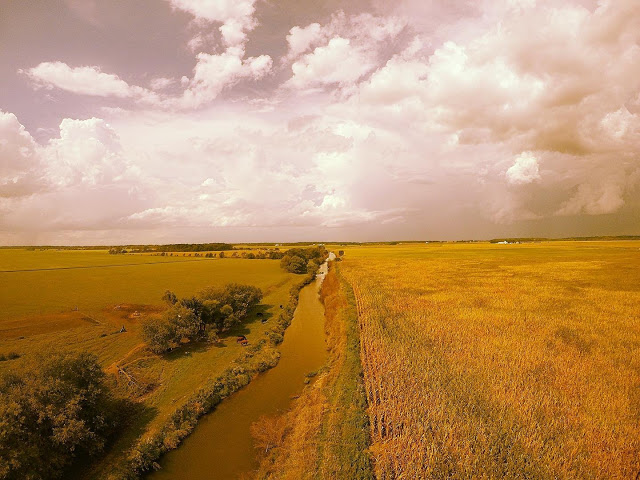 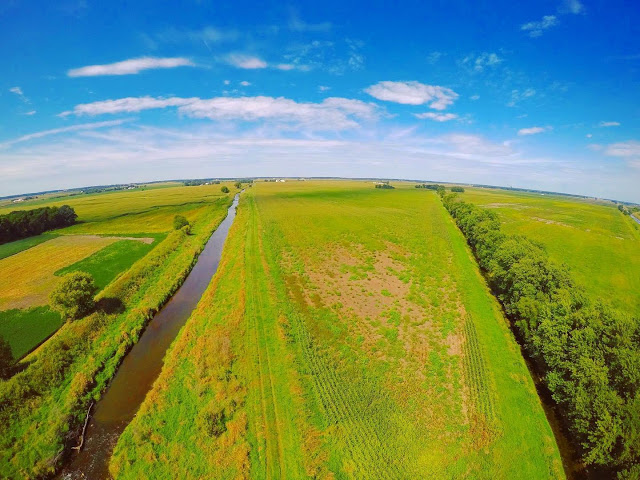